For the sixth year running, the hockey tournament takes place at PalaTazzoli, involving some of the best national teams: Canada, South Korea, Norway, Italy. In this hockey tournament every national team plays against the other three ones in one-way matches. According to the results of the preliminary round, the semi-final board will be established, which will be followed by the finals for the first and the third place.

Since its debut in the Winter Games in 1994, the ice hockey paralympic version has rapidly become one of the biggest attractions for spectators, because of the particular characteristics of athletes'speed and strong phisicality.

From this year Volchem is official sponsor of the team regarding food integration, and as for the last editions, the hockey tournament will be shown on RaiSport channels. Enjoy the show! 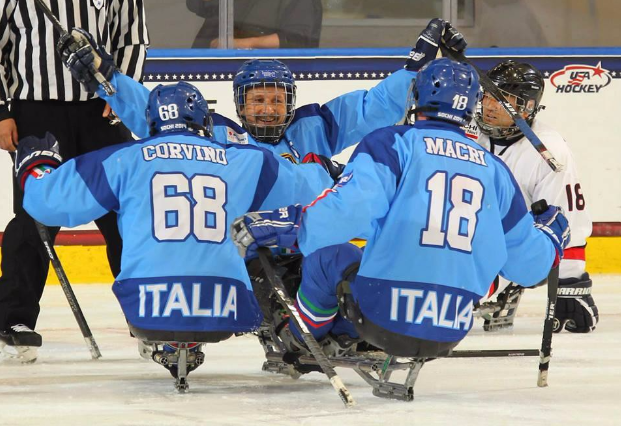