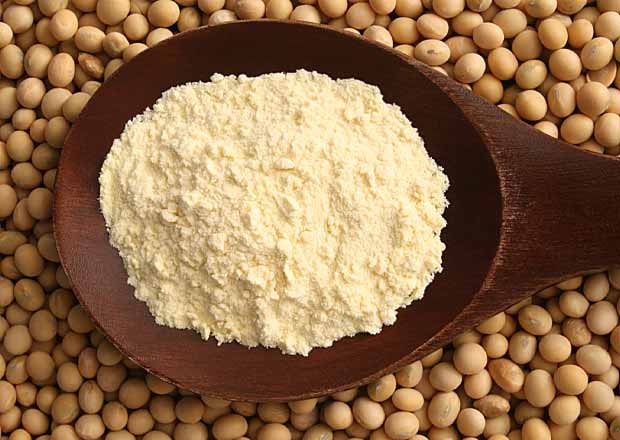 Soy Protein Isolate
Soy protein isolate is derived from soybeans ( Glycine max L. ), a legume native to the Far East. Soy Protein consist of globulin and albumin, with a full spectrum of essential amino acids and a PDCAAS * = 1.0. GH release can be promoted by the ingestion of soy protein. Soy protein with isoflavones can have a beneficial effect by reducing obesity, as part of a reduced calorie diet, body weight and fat mass, improving the control of plasma lipids, blood glucose and the tropism of the bones. In addition, along with a diet low in saturated fat and cholesterol, may reduce cardiovascular risk.

Volchem offers soy protein MIRABOL SOY PROTEIN, with the highest percentage of purity, in 750g jar or in packs of 10 bags 500g, gianduia taste. Are suitable by lactose intolerant and not contain protein sources of animal origin.

*Protein Digestibility Corrected Amino Acid Score: method of classification of proteins that considers both the content of amino acids found in proteins, both the digestibility of the same. As a parameter for evaluating the protein the highest value is considered 1.0.