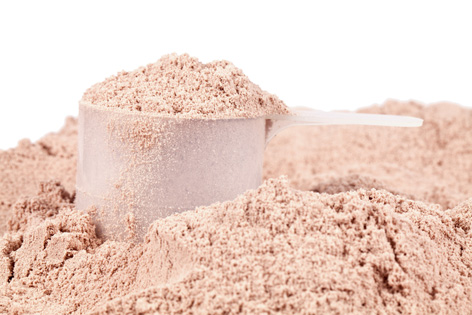 The classification of casein protein and whey protein respectively as "slow" and "fast" is based on the kinetics of their contribution to protein synthesis and amino acid plasma concentrations. Whey proteins are digested quickly, caseinates are digested more slowly and give a greater sense of satiety.

Man taking whey protein (0.45 g / kg body weight) results in a rapid but short increase of plasma amino acids with a peak at 40-120 min after ingestion and a return to baseline after 3- 4 hours.

Casein instead gives a gastric emptying but the increase in the plasma amino acid, although lower than that given by whey protein, takes at least 7 hours.

The synergism between casein proteins and serum proteins is confirmed because the association of these two proteins has an anabolic effect, measured as net protein utilization (NPU), markedly higher than taking only whey protein, despite their high Protein Digestibility Corrected Amino Acid Score.