BCAAs (leucine/isolelucine/valine) are essential amino acids, meaning that they must be consumed with proteins in order for our bodies to synthesise them. 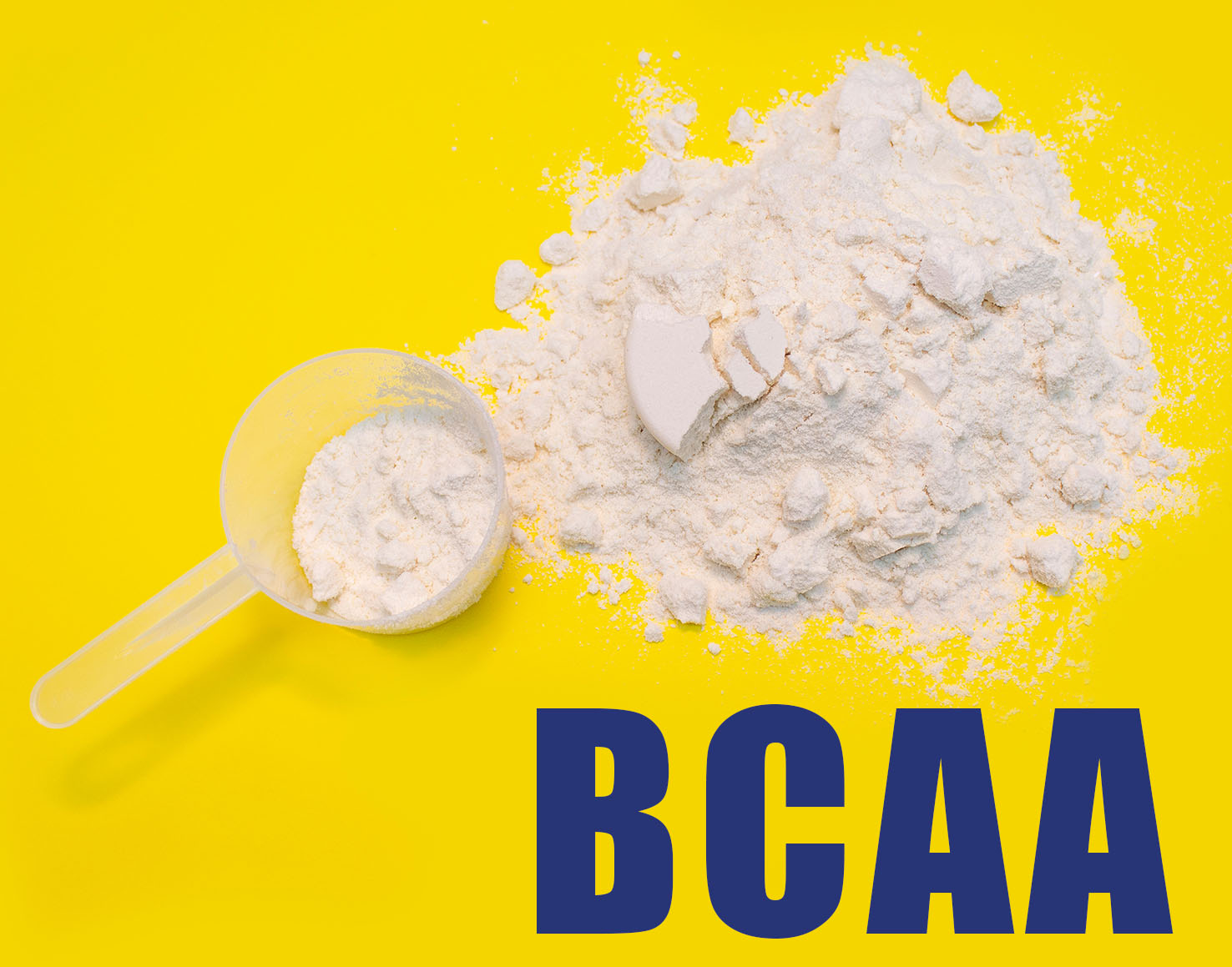 BCAAs (leucine/isolelucine/valine) are essential amino acids, meaning that they must be consumed with proteins in order for our bodies to synthesise them. The average BCAA requirement in adults according to WHO/FAO/UNU (2007) is 39 - leucine, 20 - isoleucine and 26 – valine (mg/kg body weight per day), corresponding to a leu/iso/val ratio equal to 1.95/1/1.3 respectively.

A study was recently carried out in the United States to assess how administering essential amino acids containing two different amounts of leucine could affect post-exercise protein synthesis. Eight adults drank two amino-acid drinks containing 1.87g and 3.5g of leucine respectively while engaging in physical exercise.
Protein muscle synthesis was determined using two stable carbon and hydrogen isotopes as markers. The results showed that muscle protein synthesis was 33% greater (P <0.05, therefore statistically significant) after drinking the drink containing more leucine than the lower amount. The study therefore suggests that "increasing the concentration of leucine in an essential amino acid supplement consumed during exercise promotes greater muscle protein synthesis.”
It should be noted, however, that the EFSA indicated that inadequate markers were used, as the positive effects on muscle mass need to be proven through direct mass measurements rather than by using degradation or synthesis markers [Armando Antonelli - Hylobates Consulting 2011].

Leucine, isoleucine and valine are transported around the body by a shared transporter system, resulting in competition between the three amino acids in certain conditions. It’s believed that the activation of BCAA dehydrogenase by leucine – which results in BCAA degradation, the increase of tissue protein synthesis and a decrease in tissue proteins in the presence of high leucine concentrations – contributes to the lowering of valine reserves and blood and muscle isoleucine in humans who drink replacement fluids or follow diets containing high levels of leucine.

The way that BCAAs react can provide an explanation as to the nutritional antagonism between leucine, isoleucine and valine. Consuming large quantities of one particular BCAA can create an imbalance in the concentration of the other BCAAs, resulting in their degradation. This means that a balanced relationship between all three BCAAs must be maintained when they are used to treat clinical problems. [Alfred E. Harper: Interrelationships among the BCAA, International Symposium on Branched Chain Amino and Keto Acids in health and disease, Göttingen, October 21-23, 1983].
In conclusion, current knowledge advises us to maintain the leucine/isoleucine/valine 2:1:1 relationship in clinical treatment and sports.

Volchem offers a wide range of pharmaceutical grade branched amino acids, under the registered trademark Volamin.
Check out our product sheet for more information on tablets and flavoured or unflavoured dissolvable powders. 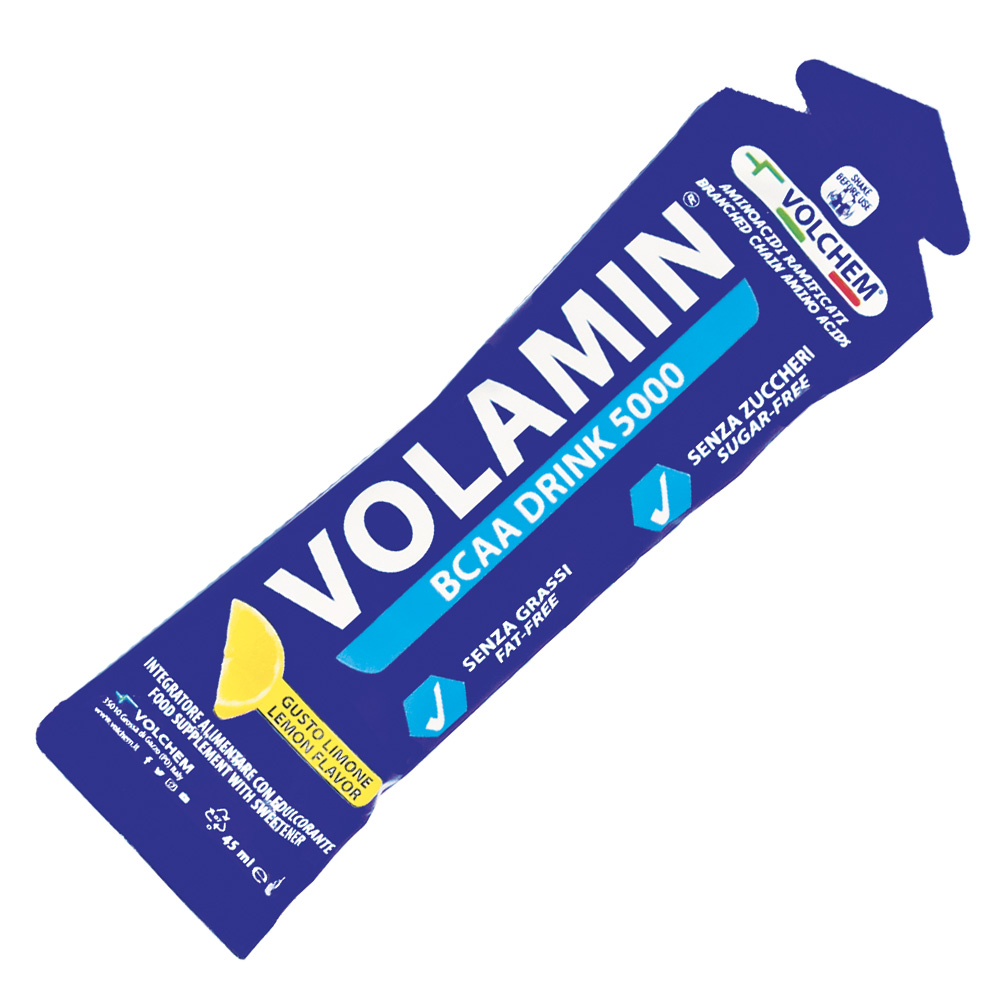 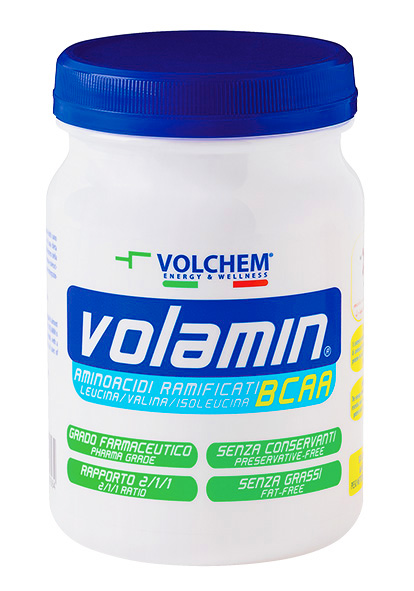 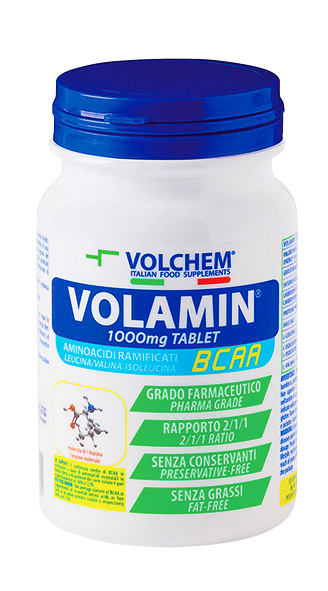