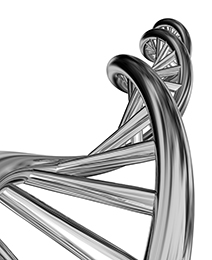 The BCAA, leucine/isolelucine/valine, are essential amino acids which means that they must be compulsory taken with proteins in the diet because our body is not able to synthesize them. The average requirement of BCAA in an adult according to WHO/FAO/UNU, 2007 is (mg/kg of body mass daily): leucine 39, isoleucine 20, valine 26 corresponding to a ratio Leu/Ileu/Val 1,95/1/1,13 respectively.

But it is to be noted that EFSA has indicated that the used markers were not appropriate because the positive effects on muscle mass must be proved through direct measures of the mass, not through degradation or synthesis markers (Arrmando Antonelli- Hylobates consulting 2011).

Leucine, isoleucine and valine transport in the body is made by common transporters and at certain conditions, a competition among these three amino acids can be created. It is considered that the activation of BCAA dehydrogenase from leucine with a following stimulation of BCAA degradation and the increasing of tissue protein synthesis with a diminishing of tissue proteins in presence of high tissue concentrations of leucine, contribute to the reduction of valine and isoleucine stocks in the blood and in the muscle in human beings as a result of fluid infusions or the consumption of diets containing high levels of leucine.

These interactions among the BCAA can provide an explanation of nutritional antagonism among leucine, isoleucine and valine. The use of great quantities of one of the BCAA can create imbalances in the concentration of the other BCAA favouring their degradation and this implies the necessity of considering a balanced relationship among the 3 BCAA when they are used in the treatment of clinical problems. [Alfred E. Harper: Interrelationships among the BCAA, International Symposium on Branched Chain Amino and Keto Acids in health and disease, Göttingen, october 21-23, 1983].

In conclusion the present knowledge recommends to continue favouring both in the field of sport and in the clinical one the ratio Leucine/Isoleucine/Valine 2:1:1.