10 foods and drinks to avoid when you are pregnant

10 foods and drinks to avoid when you are pregnant 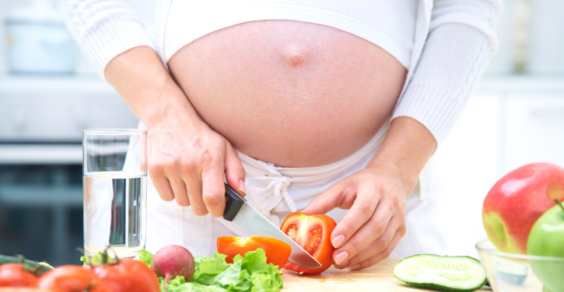 Pregnant women must pay extreme attention to their nutrition, in order to guarantee to themselves and to the unborn child a correct amount of nutrients and energy.

First of all you have to consider with attention which foods would be good to exclude (or at least to limit) from the diet in order to avoid the possibility to develop harmful infections for themselves and the child. Here are some guidelines for the behaviour about foods to eat with caution or to exclude from the diet.

1. Fish at risk of mercury contamination. The fish species which are considered at risk of mercury contamination are above all swordfish, tuna, eel and blue shark: They should be avoided because that substance has been linked to possible development damages for the unborn child, with particular reference to the brain; pay also attention to other types of fish which can be contaminated because of water pollution in some areas as trout and salmon.

2. Raw eggs. Each food that contains them involves the risk of salmonella infection; be careful to mayonnaise and other fresh sauces with eggs that could be home made, creams and cakes with a short cooking as brule torch, mascarpone, custard, tiramisu and eggnog.

3. Raw meat and fish. Rare steaks, not well-cooked chicken, fresh pate, but also raw seafood could cause bacterial contaminations and the risk of toxoplasmosis and salmonella; pay attention to sushi, sashimi, raw fish and frozen raw fish or only partially cooked, but also to oysters and other raw molluscs.

4. Preserved meat. with particular reference to raw meat or only partially cooked; they can be contaminated by the bacteria responsible for listeriosis, an infectious disease that could cause difficulties for the unborn child.

5. Cheese with white rind. They are cheese as brie, camembert and taleggio and you must consume them with caution because of the possibility of contracting listeriosis in case of occurred contamination; the risks are fewer if they are part of hot dishes which need a long cooking.

6. The so-called "blue cheese". In particular gorgonzola and roquefort, which should be consumed in dishes with a long cooking; Pay also attention to unpasteurized cheese as fontina.

8. Foods and drinks with artificial sweeteners. The use of artificial sweeteners has to be avoided because their consumption in pregnant women has been linked to the possibility of development damages for the unborn child, with particular reference to damages at brain level in the areas devoted to learning and to hormonal balance.

9. Raw milk. Unpasteurized milk could be a vehicle of the Listeria bacterium; anyway if you decide to drink milk, you should choose pasteurized milk.

10. Alcohol and caffeine. Alcohol consumption, even in small quantities, could intefere with the growth of the unborn child and should be dangerous even after the birth, during lactation, a period in which its consumption shoul be avoided; caffeine should be avoided (or at least consumed with extreme caution), as an overconsumption has been associated with premature births and possibility of abortion.